For six months in 2019 Limina had its own venue – The Limina VR Theatre on Bristol’s Harbourside.

We delivered the VR theatre in collaboration with Watershed and leading VR developer Zubr Virtual Reality.

Featuring 28 shows each week, we welcomed thousands of people to artistic, cultural virtual reality. The venue screened non-gaming, creative experiences every weekend in a unique calm and mindful format, often likened to a spa. The venue was on the ground floor of Watershed, and funded through ticket sales.

In 2021 this project was recognised by UKRI as one of the UK’s most impactful projects that has happened in the immersive sector in the past 20 years, with a Best of British award. The project also led to Limina winning a Creative England top 50 companies award.

Our opening programme allowed audiences to;

– Step on stage with Cirque du Soleil’s performers to get the best seat in the house.

– Trip on mind-bending visuals while you nod along to beats from N’to and DJ Hoffman.

– Submerge yourself under the ocean’s surface with free-diving yogi Sara Campbell.

– See one of the earth’s most endangered and beautiful coral reefs, first hand. 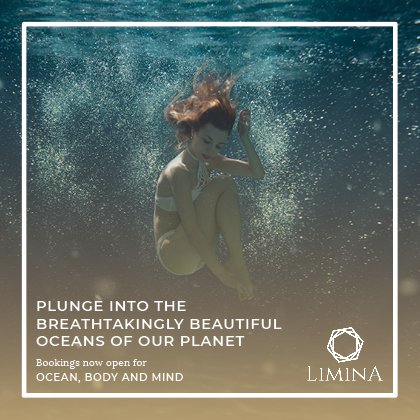 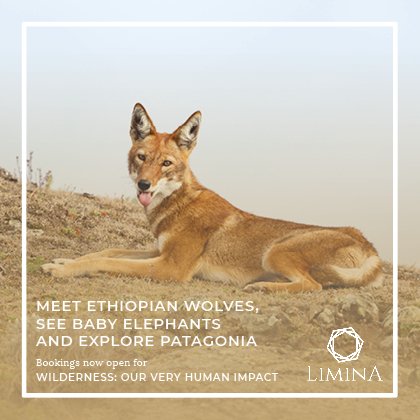 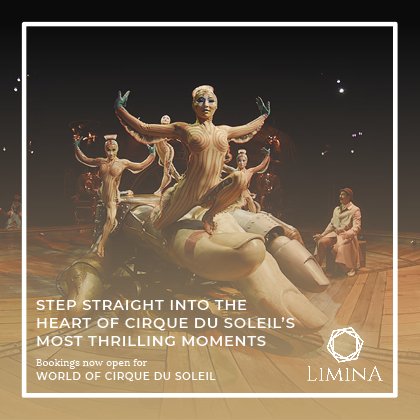 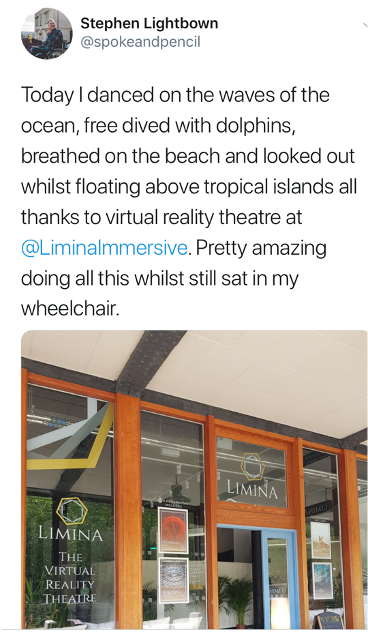